I like place value blocks. They are a great concrete model for helping students to understand the relationship between ones, tens, hundreds and thousands. Students can count the blocks and set them side by side to see that ten ones is the same as one hundred or that one hundred tens is equal to one thousand. I also think it is important to use other examples for students to find meaning in the base ten system. In early grades we see students bundling straws and or popsicle sticks to learn grouping in tens and hundreds. A lot of teachers have students bring in objects to count on the hundredth day of school and sort them into groups of ten to see the relationship between ones, tens, and hundreds. These are terrific! But … what about older students? What about the relationships in the thousands, millions, billions?
For years I used blocks to teach and review base ten from ones through one thousands and then showed the students the patterns on the place value chart. One year I borrowed thousands cubes from other teachers to show my students a concrete example of ten thousand. (It was tall). This is a great concrete example for a lot of the students, and I still use the blocks (see my blocks post here). But not for all. So, what other models can we use with older students?

Money! Yup! Students seem to like talking about and playing with money! So I started using that play money from my manipulatives kit to help students see that the relationship between place values isn’t always about size, sometimes it is about WORTH (value)! So I took the fives out and we would use the play money to practice trading 10 ones for a ten, 10 tens for a hundred. And then I showed how that pattern repeats on the place value chart. Works great! But … most sets of play money don’t have the bigger bills … so … I made my own play money! 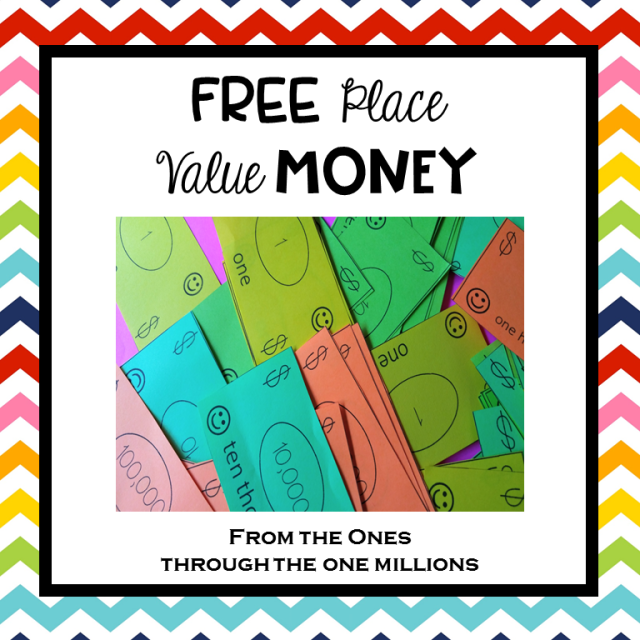 Now I have bills from the ones to the millions! I had a student ask me last week when we were working on this if there was really such a thing as a ten thousand dollar bill. I told her I wasn’t sure, but maybe we could research money to see what kind of bills the US Mint makes! Maybe I will have time to do that tomorrow! 😊 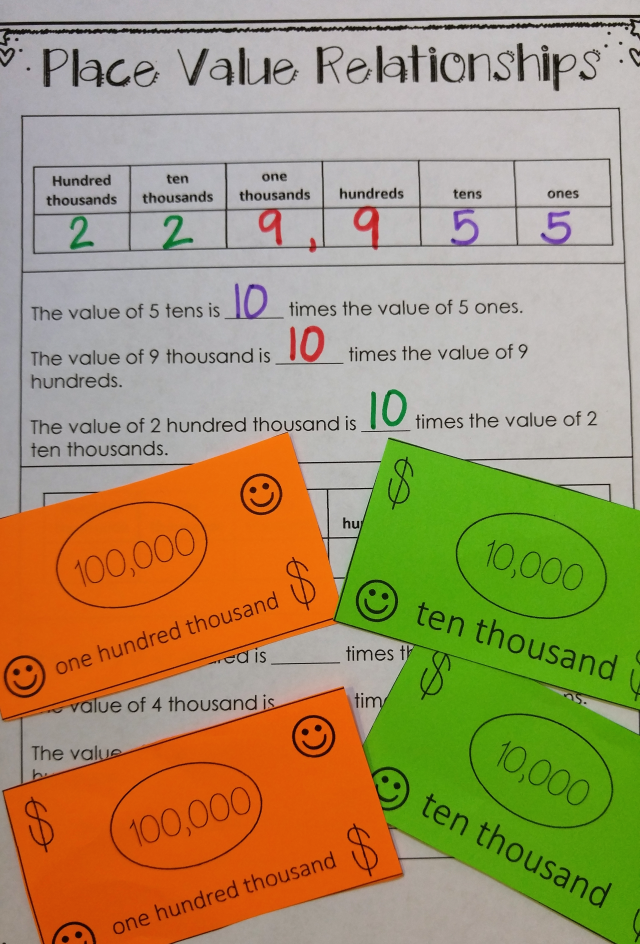 One thought on “Using Money to Understand Place Value”

Graphic Elements & Header Fonts for my blog are from: